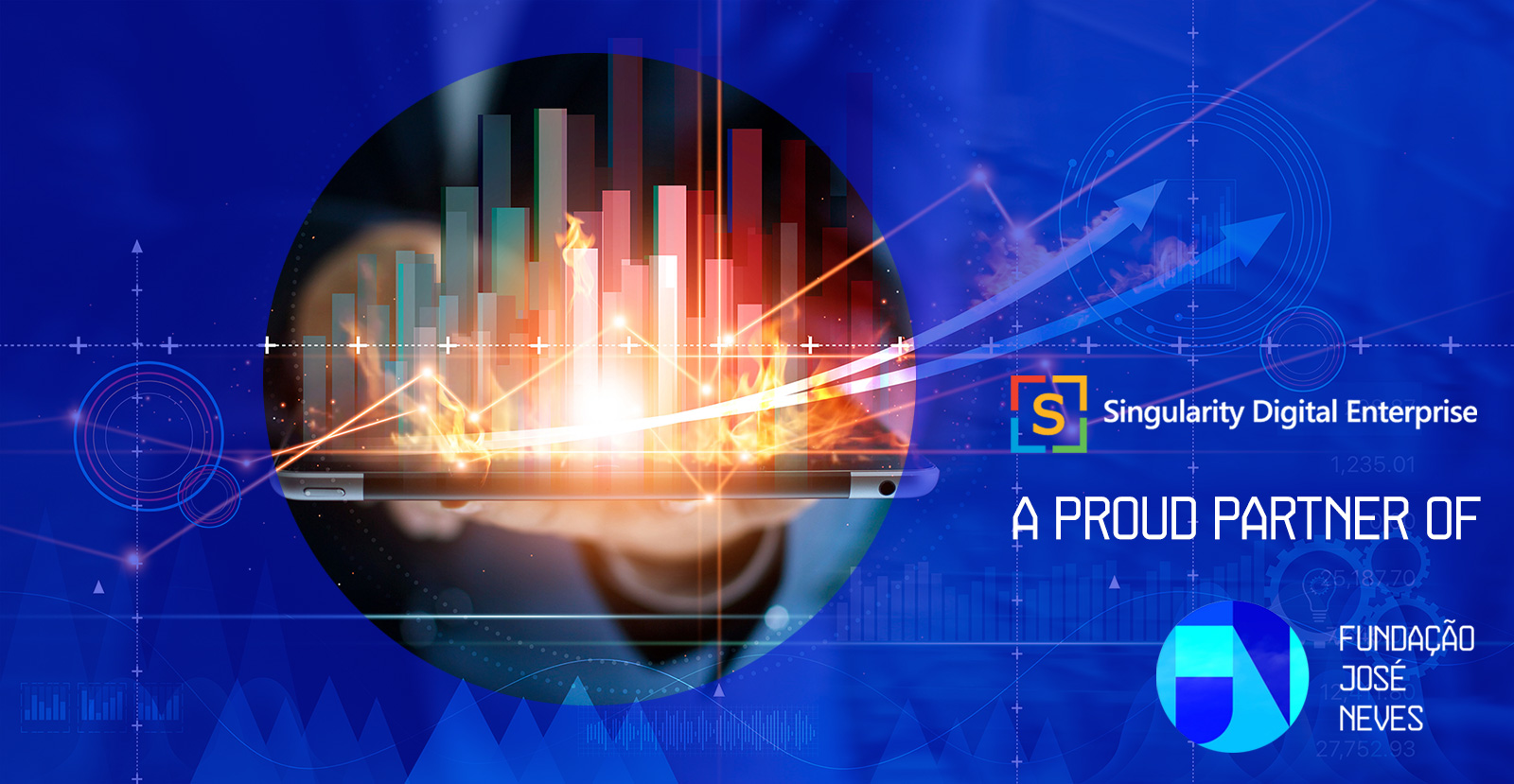 The company was chosen to develop the visualization, modeling, and data exploration of the Brighter Future Project, from Fundação José Neves, created by the entrepreneur and founder of Farfetch.

Singularity Digital Enterprise, a Portuguese company dedicated to the development and commercialization of products and services in the areas of Data Science, AI, and Machine Learning was chosen to develop the visualization, modeling, and data exploration of the Brighter Future Project, from Fundação José Neves, created by the entrepreneur and founder of Farfetch.

The Brighter Future Project creates a perfect match between people and their professional future, according to their level of education, promoting employment in Portugal through free and universal access to this digital tool, providing the largest knowledge base on education, employment and skills in Portugal.

The project meets the mission of Fundação José Neves in contributing to the development of Portugal and helping it to become a Country of knowledge through Education, providing innovative tools to develop Portugal’s talent and potential.

The new platform is a powerful tool in the hands of its various users (students, workers, employers, educational institutions, policymakers, among others), since it allows a “matchmaking” between the search for specific skills in the labor market with the various employability perspectives associated with careers and/or training courses.

Singularity Digital Enterprise’s support for the implementation of Brighter Future was linked to the visualization, modeling, and data exploration component, the result of the company’s experience and proven knowledge in this type of project, namely in rich Visualization solutions using complex massive data analysis algorithms with Microsoft technologies.

“In a future that is increasingly digital and fast, it is crucial to create platforms for sharing relevant information and that are easily accessible to allow citizens to make decisions quickly and in an informed manner about their future. In this context, the work developed by Singularity Digital Enterprise on Brighter Future, through the modeling of more than 200 million data records, was important to simplify the complexity of data visualization.” says Carlos Oliveira, Executive President of Fundação José Neves.

“This was a project that, due to its contribution to the country’s development, became even more important for the entire team. We were able to develop visuals and reports in a very intuitive and user-friendly way that allows users to reach innovative indicators for the labor market in Portugal. I feel that we have contributed to a solution that will positively affect the future of our country”, says Pedro André Martins, CEO of Singularity Digital Enterprise.

Some figures that exemplify the complexity of the Project developed by Singularity Digital Enterprise:

Alameda dos Oceanos, nº27 Escritório 3 Parque das Nações 1990-197 Lisboa PORTUGAL
Something went wrong, please try again.
SUCCESS. You are now part of our community! Please check your inbox including spam folders.
We use cookies on our website to give you the most relevant experience by remembering your preferences and repeat visits. By clicking “Accept”, you consent to the use of ALL the cookies. Read More
Cookie settingsACCEPT
Privacy & Cookies Policy

Any cookies that may not be particularly necessary for the website to function and is used specifically to collect user personal data via analytics, ads, other embedded contents are termed as non-necessary cookies. It is mandatory to procure user consent prior to running these cookies on your website.